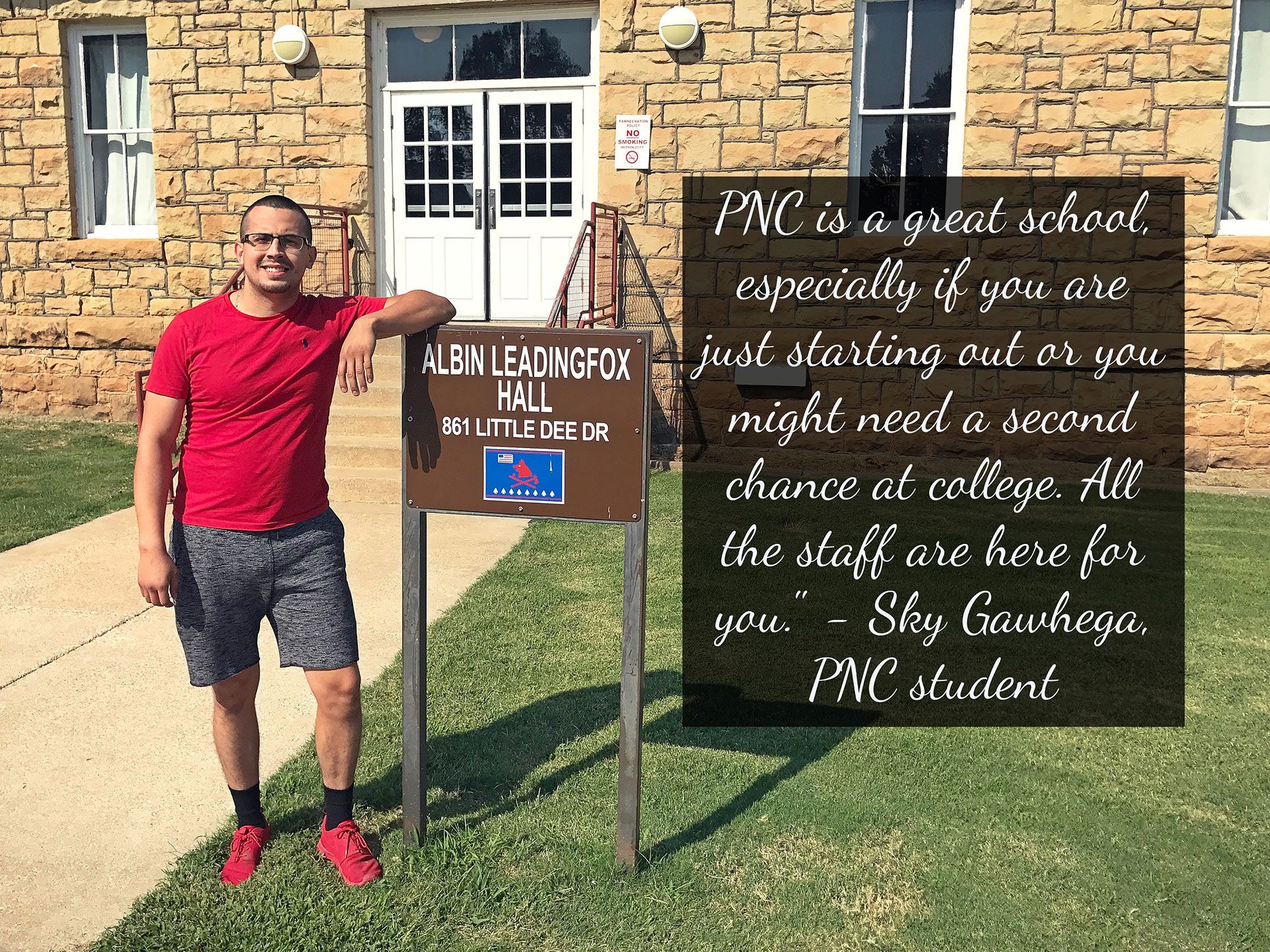 Are you looking for an affordable college in a convenient location? Look no further than Pawnee Nation College! To find out more about us, read the information below.

The Pawnee Nation College seeks to meet the higher educational and cultural needs of the Pawnee Nation, other surrounding Indian nations, and all who have the desire to engage in a life of learning. The intent of the College is to foster an awareness of rich cultural diversity in the region and its inherent complexities and vibrancies, while at the same time encouraging students to fulfill their potential through challenging academic or training programs that prepare them to matriculate to four-year institutions or to enter the workforce. As a tribal community college, the Pawnee Nation College is dedicated to promoting social responsibility, service to the community, and research that contribute to the cultural, social, and economic well-being of the Pawnee Nation, other Indian nations, and the surrounding communities.

Pawnee Nation College welcomes the possibility of serving all people and is especially focused on providing innovative and pertinent higher educational opportunities to Pawnee Nation tribal members and members of other Indian nations. Moreover, the College seeks to foster a vibrant learning atmosphere that energizes and strengthens the Pawnee Nation, other Indian nations, and the surrounding communities. The College will do so by promoting intellectual, physical, and spiritual wellness through establishing rigorous academic and training programs, research, and service to the community. To realize this vision, Pawnee Nation College will serve as a hub for lifelong learning by providing both traditional and distance learning educational opportunities that are informed by traditional Pawnee, Indigenous, and other forms of knowledge. Such opportunities will create cultural and economic benefits that allow sovereign Indian nations to better serve their members and that allow students, tribal members, and others to become empowered and productive members of their families, tribes, and communities.

Brief history of the Pawnee Nation 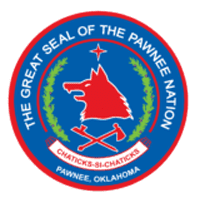 The Pawnee Nation of Oklahoma is a federally recognized and sovereign American Indian nation. The Pawnee are comprised of four distinct bands: the Chaui, Kitkehahki, Pitahawirata, and Skidi.

The Pawnee Nation’s traditional homelands lie in the present-day states of Nebraska and Kansas. Among the Plains Indians, the Pawnee have had (and still have) one of the most sophisticated cultures and societies — rich in oral and cultural traditions, which have been handed down over the centuries. Pawnee traditional life is renowned for its complex cosmology, ceremonies, songs, customs, and spiritual beliefs, which controlled daily life as well as the social, cultural, and political organization of the Nation.

In 1876, the Pawnee were relocated to their present-day location in north-central Oklahoma. Of the original 283,020 acres comprising the Pawnee Reservation, all that remains today is a 640-acre tract that formerly served as the boarding school and was operated by the Bureau of Indian Affairs (BIA). Much of the remaining land was dispersed to tribal members via the Dawes Act, and today, less than ten percent of the original tract remains in trust.

According to historical accounts, the Pawnee population was estimated to be 20,000 to 25,000 in the early part of the nineteenth century. The Nation experienced decimation as a result of warfare with traditional enemies, disease, and the hardships produced by colonization and relocation. At the beginning of the twentieth century, the population declined to between 600 and 700 members. Due to these immense challenges, the Nation witnessed an accelerated erosion and decline of its knowledge, customs, language, and other traditions.

During the course of the twentieth century, however, the Pawnee have persevered and survived. Despite the challenges posed by chronic underdevelopment, poverty, and historical trauma, the Pawnee Nation has undergone unprecedented levels of growth and development in recent years. The population today stands at 3,228.

In August of 2004, the Pawnee Business Council passed a Resolution #04-30, which established the Pawnee Nation Academy. That same year, the Academy and Northern Oklahoma College signed a Memorandum of Understanding (MOU) — an accrediting partnership that remained active (until the spring of 2010) and that allowed students to be dually enrolled and receive college credit for courses taught at the Pawnee campus. One year later, the Academy began offering American Indian Studies (AIS) courses to twenty-three students. In September of 2005, the Board of Trustees was elected to provide governance and guidance to the Academy staff. The following year, the school’s name was changed from Pawnee Nation Academy to Pawnee Nation College to better reflect the institution’s long-term goals. The College applied for and received non-profit, 501(c)(3) status in September of 2006. Meanwhile, the school has grown at a steady pace with further growth anticipated.

Development of the college

Starting in the late 1970s, the Pawnee Business Council discussed the possibility of establishing a two-year tribal, community college on the Pawnee Nation Reserve. Plans were developed and sites for buildings staked out, but a lack of human and financial resources forced the project to be tabled.

Then, in the late 1990s, a project team headed by Pawnee tribal members began exploring the possibility of establishing an IT Academy on the Pawnee Reserve. With the downturn in the technology sector at the beginning of the decade, however, the Academy project stalled, and the Pawnee Nation’s desire to provide higher educational opportunities to its tribal members went by the wayside once again.

Starting in 2003, a new project team was assembled, and with it the idea of establishing a two-year tribal, community college emerged. Members of the project team met with Pawnee tribal organizations, Council members, tribal members, and other stakeholders to determine which areas of study to develop and implement. The overwhelming choices for initial areas of study included American Indian Studies, Construction Trades, Art, Business, and Computer Sciences. To date, the College has designed and implemented an American Indian Studies program with three emphasis areas from which to choose:

Development of the college

In addition to the AIS degree program, the College has also designed academic programs in several other areas, including Agricultural and Nutritional Sciences, Business Administration (with emphasis areas in Gaming Management, Hospitality Management, and Office Management), General Studies, Medical Assistant, and Pre-Law / Political Science. The College will begin implementing these programs within the next five years.

Additional learning opportunities have also been developed through training and certificate programs in:

At this point, the College has also designed certificate programs in Casino Operations, Gaming Management, and Hospitality Management. Other areas of development for certificate programs include Medical Assistant, Office Management, and Tribal Law & Policies. By designing and implementing the aforementioned degree and training programs, the College will be able to better meet the higher educational and employment needs in the region. 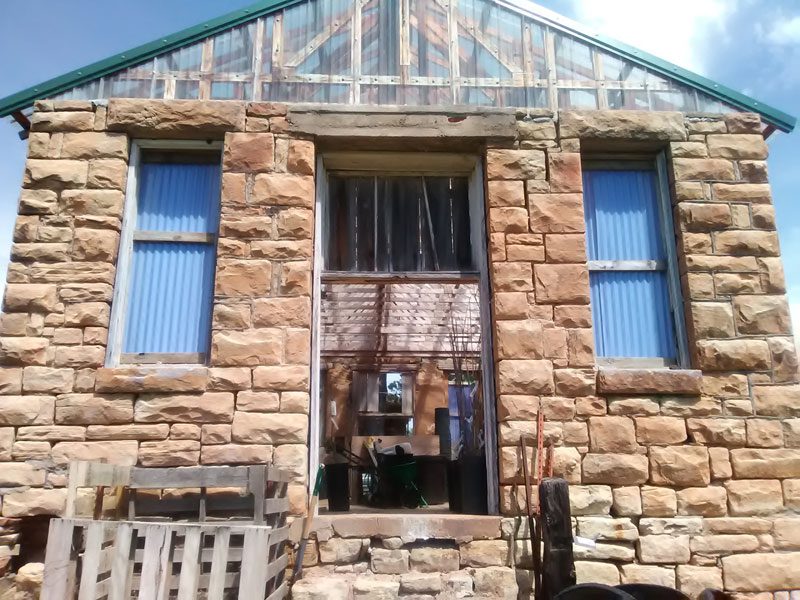 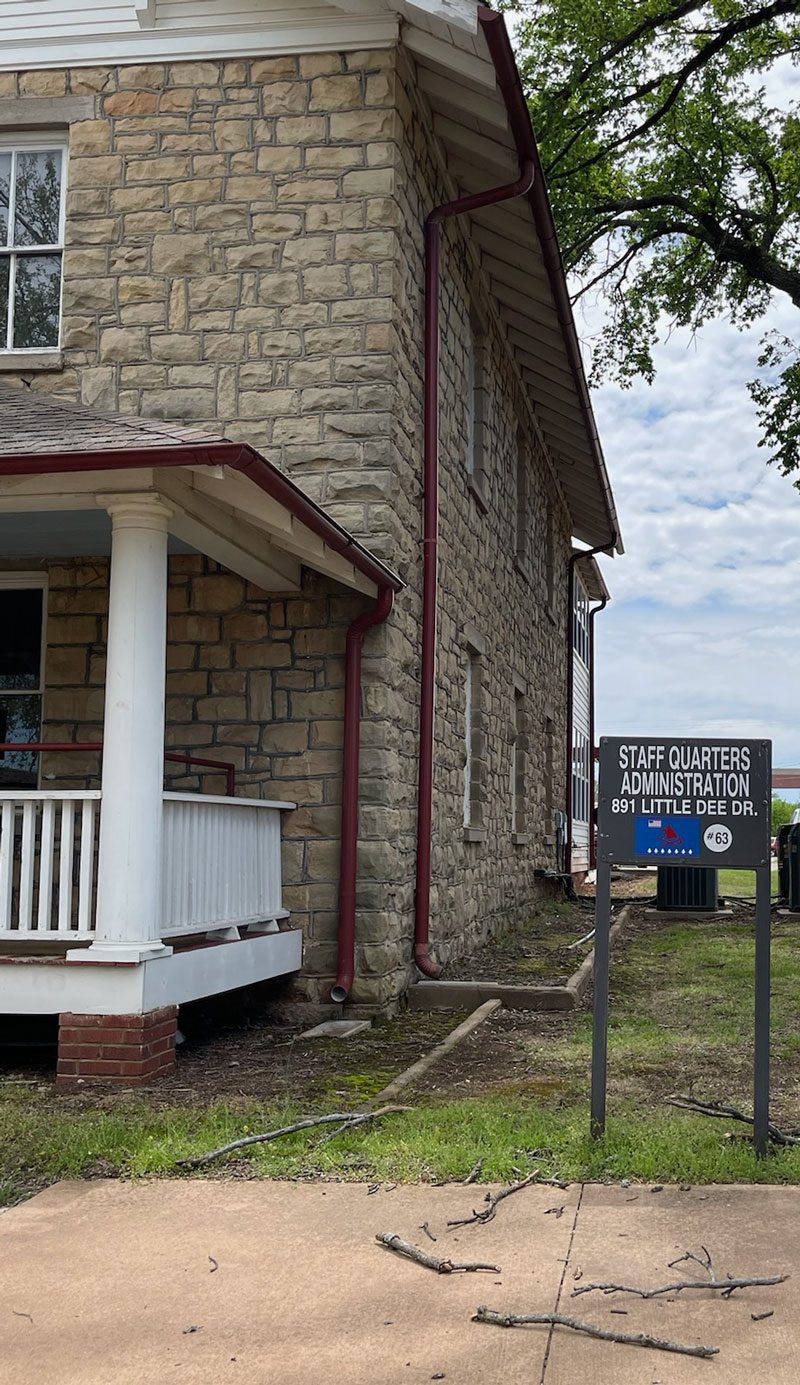 The buildings in which the College is housed are part of a historic district — the Pawnee Agency and Indian Boarding School. (See the National Park Service’s website for more information.) From 1878 until 1958, the sandstone buildings on the Pawnee Reserve served as the Pawnee Indian Boarding School. Nicknamed Gravy U. by the students who attended, the boarding school carried out elementary and middle school instruction to Indian students from across the region.

Unfortunately, part of the school’s instructional policies included oppressive measures such as not allowing Indian students to:

One result of this policy, which was enforced nationwide at all Indian boarding schools, saw the drastic decline in the number of fluent Indian language speakers — to the point that nearly every indigenous language spoken in North America is today on the verge of extinction or is already extinct. Of those languages, one is Pawnee, and only a handful of fluent speakers remain.

By renovating the Pawnee Nation’s former boarding school buildings and using them for college-level instruction, which includes the teaching of various Indian languages and cultures, the College has created a powerful and ironic metaphor that is centered on survival and a kind of poetic justice. All students who attend PNC are required to take and complete courses in Pawnee language or Pawnee cultural studies. Doing as much, the College is playing an active role in assisting the Pawnee Nation in its efforts to preserve and revitalize the Pawnee language as well as cultural traditions — thereby assisting to ensure the Pawnee Nation’s sovereignty.

Because our setting is historic, College staff have played an active role in securing funding to assist the Pawnee Nation in renovating the former boarding school buildings. It is in the College’s best interest to continue assisting the Nation in this endeavor, especially as the Pawnee Business Council has agreed to allow the College’s programs, offices, and classrooms to be housed in many of the buildings on campus.

The College also is keenly aware of its responsibility to honor those who attended Gravy U. Former students state that the name came about because of the gravy served at every meal. Considering the plight students faced, the development of such a nickname — obviously tinged with humor — is a testament to their collective will to survive.